I enjoy roaming the aisles of used book stores.  Over the years I have found some amazing

books for very little money.  Recently I came across a 1956 edition of A Handweaver’s Workbook by Heather G. Thorpe (originally published 1936, reissued in 1974).  Not surprising given its age, the book is hardbound, and the pages are printed on heavy acid-free pages. It is also in perfect condition, nary a pencil mark! What a find!

Browsing through it, I was impressed by its thorough yet not overwhelming approach to introducing weaving.  I learned some interesting facts I’ve not seen newer weaving survey books or learned in a weaving class.

There are different names for crosses on warps made withe a paddle dependent upon their position:  The first cross at the end of a warp is called a porrey cross; the second cross is called a portee cross.

A “reed” is called a reed because in “olden times …  reeds were … actually made with flat reed strips for partitions and the with twin wound between them to keep them spaced apart.”

“Tromping” is a “dialectic variant of the verb to treadle” used in printed materials to avoid confusion “because of the similarity in print of the words treadling and threading.”  (Thorpe notes that it “is a visual aid only and not intended necessarily that you use it in your speech.”)

You can easily tie your own string heddles using a homemade “jig” made from 4 pegs and a piece of wood?  (This is so much easier than the way I’ve done it!

The crackle weave originated in Jämtland (Sweden’s second largest province), known there as Jämtlandsväv. It was renamed “crackle” by Mrs. Mary Meigs Atwater (1878-1956, “the grand dame and grand mother of the

revival of handweaving” in the US; pic source) who thought the pattern looked like crackle in certain pottery glazes and was worried that English speakers wouldn’t be able to pronounce its name.

The self same Mrs. Atwater rediscovered how the “summer and winter” weaving structure was woven.  According to Thorpe, “[w]ith the coming of machine-made textiles, weaving in the home died out as we know, and this was one of the first weaves to be forgotten.”  (Brava for Mrs. Atwater!  Click here to read Helena, Montana’s Independent Record‘s 2003 article about Mrs. Atwater.) 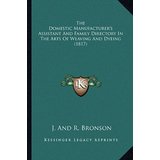 The Bronson weave was named after the two brothers, J. & R. Bronson, who in 1817 brought the structure to the attention of weavers in The Domestic Manufacturer’s Assistant.

Have you found fiber art related treasures in second hand stores and bookshops?